This article highlights the top health and fitness announcements from today’s Apple event.

On Tuesday, Apple held its much-anticipated virtual event featuring a series of product unveilings and updates. Leading up to the event, there was wide-ranging speculation about the announcements in store. While iPhone enthusiasts may need to wait for a new Apple smartphone, there were plenty of other notable unveilings such as the Apple Watch Series 6, WatchOS updates, a new iPad, and more. Today’s Apple event also included a number of health and fitness announcements including a new Apple Watch oximeter and enhanced exercise capabilities. In this post, we highlight the top health-related news from today’s Apple event.

Leading up to the virtual Apple event, there was speculation that the latest Apple Watch would have an oximeter to measure blood-oxygen levels. During the event, Apple revealed this expected capability and the oximeter. The device uses red and infrared light to deliver blood-oxygen readings.

There are also new ECG capabilities with the Apple Watch. “With the ECG app, Apple Watch Series 6 is capable of generating an ECG similar to a single-lead electrocardiogram,” according to Apple. The ECG waveform is generated in approximately 30 seconds by touching the digital crown on the Apple Watch. Apple also announced a new hand-washing detection capability for Apple Watch. The device is capable of detecting the motions of hand-washing and automatically sets a timer to ensure individuals wash their hands for a set amount of time.

Apple also announced Fitness+ to enhance home workouts. With Fitness+ people can select workouts, choose expert trainers, select a music playlist, and add a timer for the desired activity. Using an Apple TV or iPhone, people can partake in trainer-led workouts and see their Apple Watch fitness metrics on their screen as well as the watch. After the workout, individuals can access exercise summaries.

There are 10 different types of workouts to choose from including yoga, cycling, dance, treadmill, core, rowing, and more. These workouts also include “mindful cool-downs,” according to Apple. Fitness+ will be available before the end of the year for $9.99 per month or $79.99 annually, according to Apple.

In March, 9to5Mac reported that leaked iOS 14 code included insights related to future kid-friendly Apple Watch capabilities. Additionally, 9to5Mac also reported that Apple was working to enable multiple concurrent Apple Watch pairings with a single iPhone. The ability to pair a second Apple Watch with a single iPhone would be a gamechanger for families. During the event, Apple announced Family Setup allowing families to pair multiple Apple Watches to a single iPhone. This enables parents to create Apple Watch accounts for children or older family members. With these capabilities, parents could then use their account to receive location notifications or receive fall detection alerts. These new Apple Watch capabilities mean children are able to track their health metrics during activity.

This article will be updated with additional information during the Apple Event.

Whether you want iPhone and Mac tips or the latest enterprise-specific Apple news, we’ve got you covered.
Delivered Tuesdays

Hands-on with the Microsoft Surface Duo 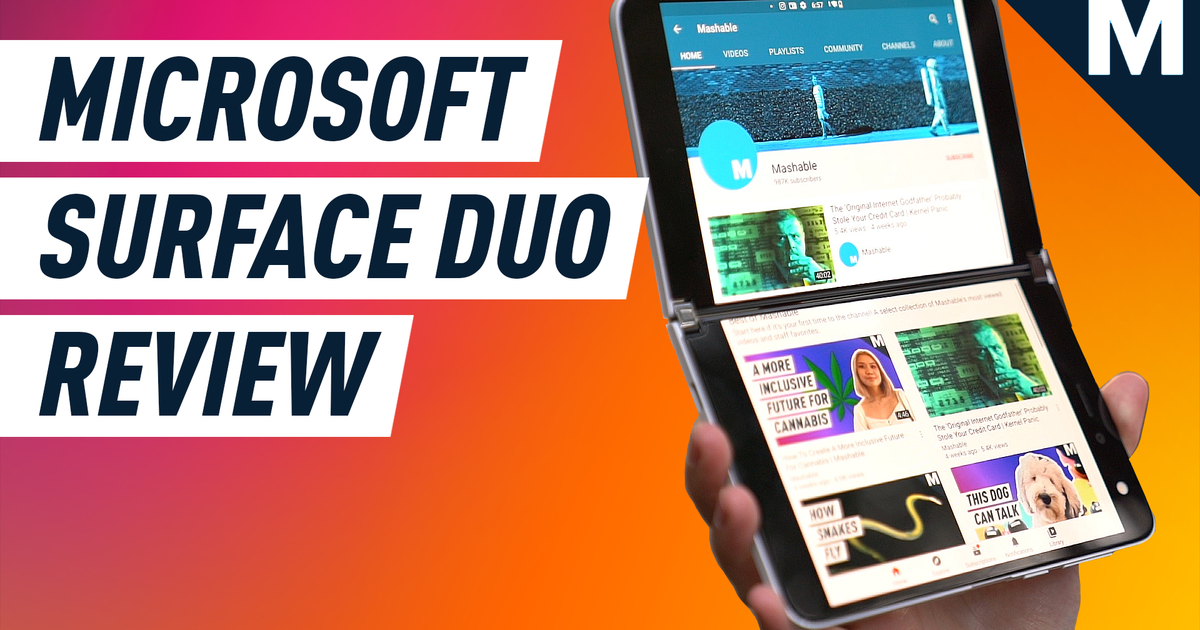 Mira Furlan, who starred as Delenn in Babylon 5 and appeared in TV sequence Misplaced, dies at 65